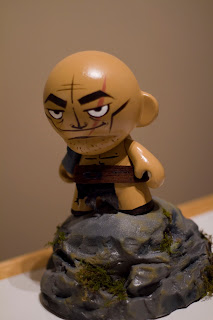 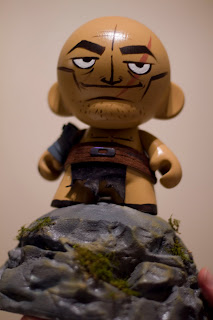 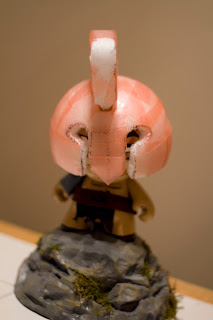 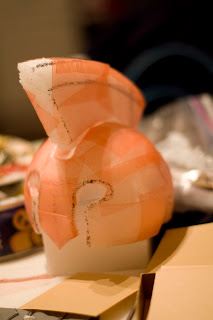 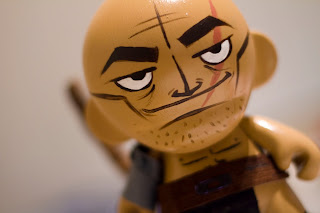 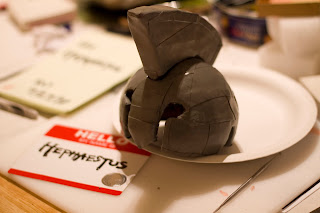 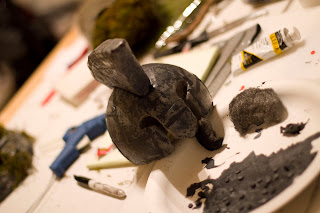 Too much with the feathers??? LOL 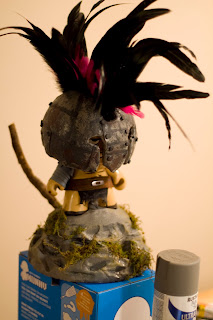 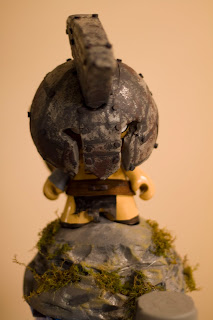 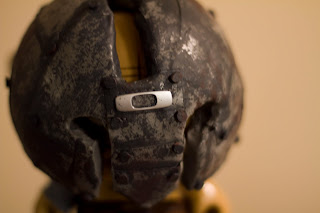 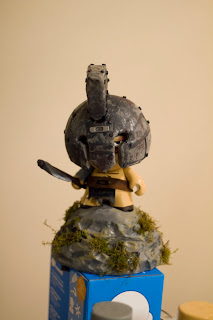 It was assigned that my team design Munnys!
Something that related to Oakley. So i choose to design Hephaestus, God of Fire, craftsmanship. Mostly towards metal. A sort of blacksmith. And Oakley is big on Carbon Fiber and different kinds of metals. I kind of think of Hephaestus as Oakley's God. :) So I decided to try and create that. It's been hard. I probably spent well over 70 dollars on this thing. And started over twice! I just wanted to post my progress on it. 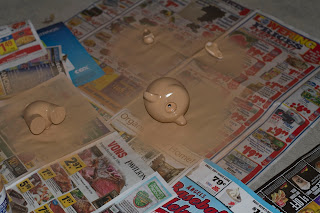 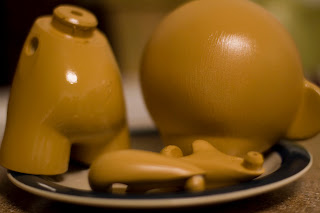 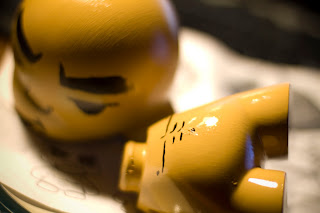 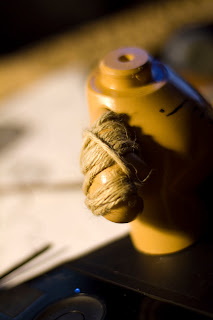 Wasted a cute pair of earrings for this :( 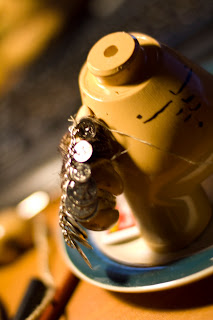 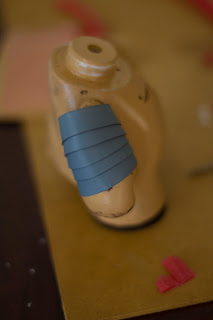 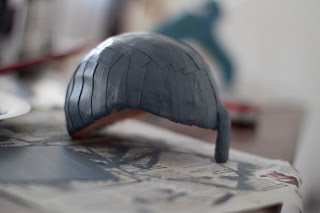 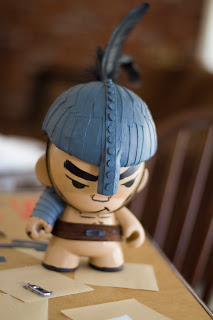 That was the result of my first attempt! My parents helped with this one. It was right after my terrible car accident :/  I didn't really have a clear idea of what I was doing. I just kind of just dove right into it.
So on to my second try...
I repainted the face with the base color and bought a new Styrofoam sphere, bigger this time.
Hallowed it out. 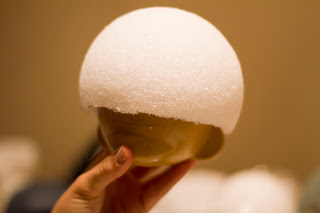 I had some help with the face. Kelli helped me out with designing the face. Kind of looks like John Locke from LOST. haha.  Left the body the way it was. But added the black cloth to it. 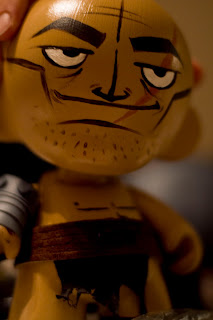 Then I began the base the my Munny would stand on.
craved out pieces to make it look like a rock. 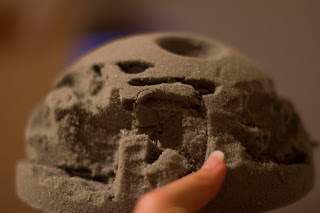 And that's all I've got pictures of now.
I'll post more tomorrow.
I'm about 90% done with it. I have to turn my Munny in early because Saturday night I'm leaving for the Yucatan!!!! I'll be gone for two weeks :D
It'll be my first time on a plane!!!
Posted by Clever Blue at 12:40 AM 1 comment: 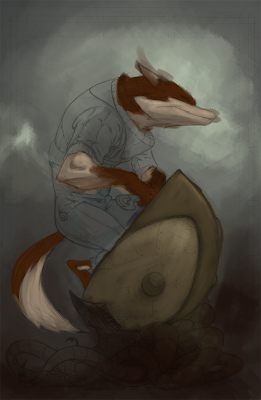 Got an awesome commission done by Joe Vriens, picked it up at SDCC! He also sent me the high res so i could try painting it! Every-time I go to comic con I always get inspired to create! It's hard not to, and I think that goes for every artist that attends that con. Anyway, just posting my progress on it. :)
Still not sure where I'll take it with the colors. But so far I'm happy with it. Also using a new brush from Charlie Bowater , that girl is FREAKIN AMAZING. I feel like i can now paint amazing things because I now have this tool. And not just any tool, Charlie Bowater's tool haha. We'll see how it goes :)
Thanks again Joe!
Posted by Clever Blue at 11:35 PM 1 comment: