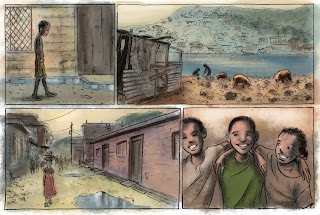 Something I'm working on...

Just saw a private screening of Terminator, tonight.
It was pretty good, I didn't have any expectations going into it. So I was REALLY happy about it. Nice action and explosion shots :D
Oakley set this up for the company employees because we have some apparel in the movie. Specifically the S. I. Assault boots. Pretty badass boots. I want some :D

Well lots of new things this month!!!
For starts I got a snake :D He's a California King snake, I named him Kontra. Yea, after that old game. I'm spelling it with a "K" instead of a "C". I think the name looks better with a K.
Here's some pictures of him/her. I think it's too young to tell what gender it is. So for now, I'll just assume it's a boy. 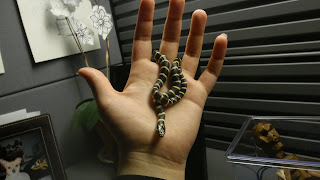 Today, I went to Riverside with my co-workers for some Team Building. We went go-kart racing, it was freakin AWESOME. Though, I was dead last. I was scared and didn't want to flip that 500 pound kart. So I stayed back and took pictures while I was driving. I also cheated to catch up with my group haha. I ended up with the second fastest lap time. But since I knew I cheated I gave up my trophy. lol Seee, I am honest!!!

Tomorrow, Kelli and I are going to see my buddy's band INVERSE perform at the Knitting Factory in Hollywood. So that should be exciting! Gotta thank Kelli for driving. I hate driving to LA. EWW!!!

As for art work, I'm gonna start this charity webcomic soon. There's also thing other webcomic I'm debating on doing. No pay, so yea...no sure.